Graduated from the Graduate School of Engineering, University of Tokyo, major in computer science and machine learning. Founded Gunosy Inc. and became CEO in 2012 while attending graduate school. The company was listed on the TSE Mothers about two and a half years after its founding, and later, the market was changed to the First Section of the TSE. He became CEO of LayerX Inc. in 2018. Certified as a 2012 IPA Unexplored Super Creator. Selected as one of Asia’s leading ‘Under 30’ by Forbes Asia in 2016. Won the Best Paper Award at the 2017 Association for Natural Language Processing (co-author). In June 2019, he became a board member of the Japan Blockchain Association (JBA). 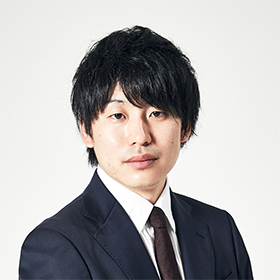 FINOLAB PR2021-03-24T10:17:49+09:00
Page load link
By using cookies, we would like to collect data from your device to improve our site and your experience while you use this website. If you continue to browse this website, you agree that we will collect and use your cookie information in accordance with the handling of informative data. OK
Go to Top