Graduated from Kyoto University and University of Washington, then went on to join the Bank of Japan in 1990 and has served as Director of the Institute for Monetary and Economic Studies, Financial Markets Department, Bank of Japan, Financial System and Bank Examination Department, Research and Statistics Department, International Department and Chief Representative in Frankfurt. Having engaged in investigation and risk analysis of financial markets, settlement/financial systems and real economy, he became involved in the introduction of new analytical methods and the launch of representative reports of the Bank of Japan. After working in Hakodate and Sendai as a branch manager, he took up his current position in April 2018. 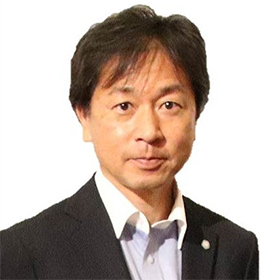 FINOLAB PR2021-03-24T11:21:12+09:00
Page load link
By using cookies, we would like to collect data from your device to improve our site and your experience while you use this website. If you continue to browse this website, you agree that we will collect and use your cookie information in accordance with the handling of informative data. OK
Go to Top