Received PhD. from the Massachusetts Institute of Technology in 1991, and became an assistant professor at the University of Illinois in the same year. He has been a visiting professor, associate professor, and researcher at Humboldt University (Berlin), UCLA (USA), Yale University (USA), and the University of New South Wales (Sydney). After becoming associate professor in 1998, he became a professor in 2004 at University of Tokyo.In behavioral economics, he specializes in the areas of human perceptual bias and preference reversal.
He has published numerous articles in marketing journals, including one co-authored with a Nobel laureate in economics, and was selected as the top marketing researcher in universities in Asia Pacific region by Journal of Marketing Education in 2003. He is the president of the Japan Marketing Science Society and former editor-in-chief of its journal.
The main research topic is to apply the knowledge obtained from big data to individual customer-level marketing activities such as CRM (Customer Relationship Management) and 1 to 1 marketing by understanding the behavior of each individual more deeply, including their psychological characteristics, rather than simply treating them as a black box. 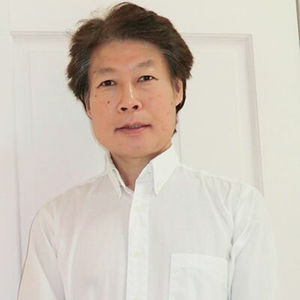 itadmin012022-02-21T13:25:29+09:00
Page load link
By using cookies, we would like to collect data from your device to improve our site and your experience while you use this website. If you continue to browse this website, you agree that we will collect and use your cookie information in accordance with the handling of informative data. OK
Go to Top